OAKLAND, Calif. (AP) — Kevin Durant scored 39 points, Stephen Curry added 34 and the Golden State Warriors won their second NBA championship in three seasons with a 129-120 victory over the Cleveland Cavaliers in Game 5 of the Finals on Monday night.

Durant capped his first season with the Warriors in triumphant fashion with another big shooting night that helped Golden State avoid a repeat of last year's Finals collapse when Cleveland rallied from 3-1 down to win the title.

LeBron James scored 41 points and Kyrie Irving added 26 for the Cavs, who had won four straight potential elimination games against the Warriors before running out of gas in Game 5. 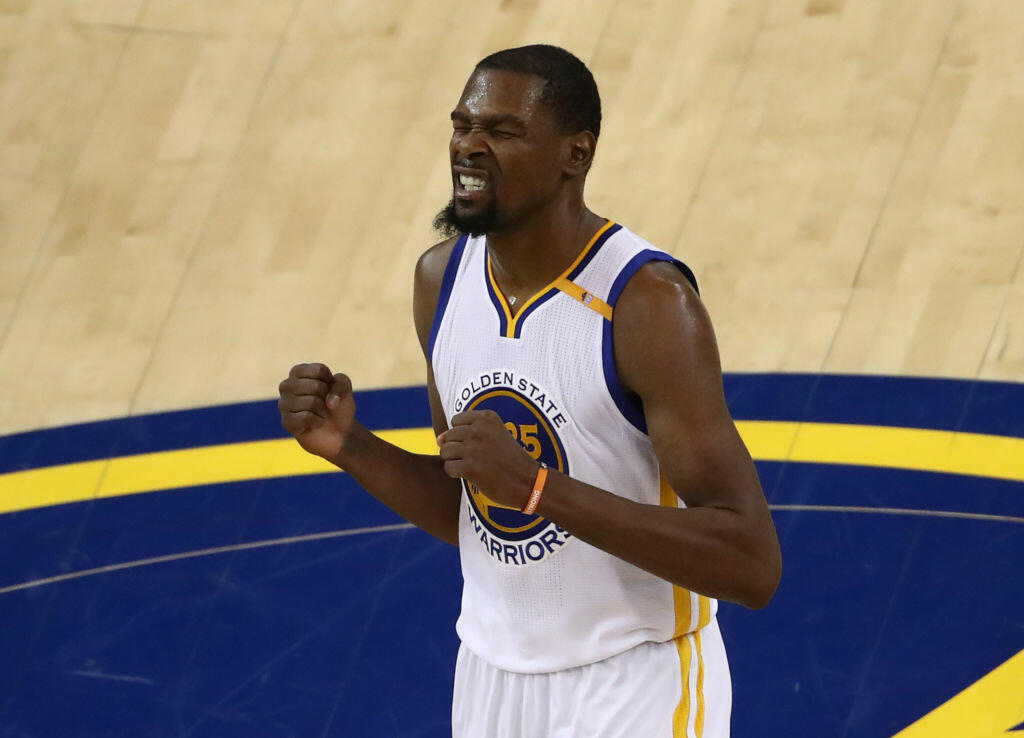 © 2017 iHeartMedia, Inc. and The Associated Press.