JASON: I'm remembering Rush and asking the burning question: What do Dr. Seuss and Neera Tanden have in common? Well, after yesterday, they're both looking for work. I... (laughing) I just had to squeeze that in. I'm telling you, I debated Neera Tanden on a network known for its, shall we say, mendacity, and she is a vicious political partisan.

I guess those thousand tweets that she deleted (chuckles) just weren't quite enough. I don't know what it is about liberals and deleting tweets. (laughing) You ever notice that? They could find any conservative tweet going back decades. But Neera got rid of a thousand. It still didn't do the trick for the OMB nominee. She is toast. 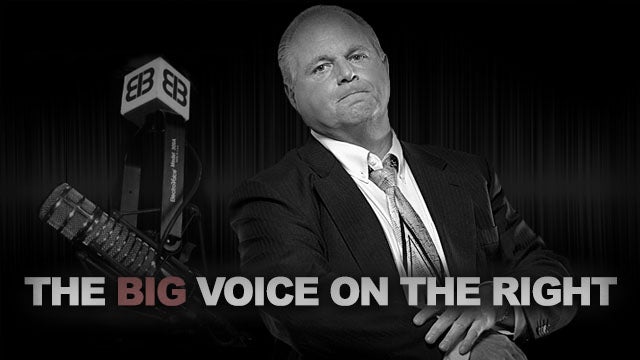 One of the reasons they're going after Dr. Seuss and To Kill a Mockingbird and Shakespeare and every aspect of Western tradition is it's gaslighting. It's not... It's not erasing history. It's rewriting history. And if you do that, and you keep the country preoccupied with tribalism and division and identity politics, you don't have to really have a debate over how crummy your health care's become, even though your premiums have tripled under Obamacare.

You don't have to worry about COVID lockdowns for school children in a mental health crisis when they have absolutely -- nearly, I should say -- zero... Oh, what the hell. I'll say absolutely zero chance of really serious illness. You don't have to talk about how the teachers' unions own the Democrat Party. Education in Minnesota, where I live -- and across the country, the NEA.

And they are holding our children hostage for their own rank benefit. You just talk about Dr. Seuss, and you talk about it ad infinitum. Rush talked about this not long ago. Here's what he said.

RUSH: I'm not in the political consultant business, and I'm not in the business of running elections. There are professionals that do that. But like everybody else I have my thoughts and opinions on it. But I've always believed that people are human beings, and we have some things in common, and finding them and appealing to them as human beings rather than as victims or members of a group is, in the long run, gonna be far more meaningful and productive than taking your policy manual and slicing it up into a bunch of different things that may not have anything in common, but you are out appealing to this group that you're weak in.

Maybe you're having trouble with women, so you come up with things to say to women to get them to support you and all that. I just think it's a losing proposition, and it has been, until Trump has come along, and Trump didn't do any of that. Trump spoke to people as people, and he spoke to people where they live and how they live and the reasons why, and it didn't matter what their race was.

It didn't matter what their sex or sexual orientation was. And, as such, the whole demographic thing didn't matter. But to the Republican establishment... It's Democrats, too. To the consultant class, the establishment class, it's all about groups and the way you tailor messages for groups of people rather than having an overarching message for everybody.

JASON: That is just so true, and that is the consultancy class. They look at how this is gonna play amongst Hispanics, amongst the gay population, amongst blacks, amongst women. They don't look at individuals and Americans, and the reason the radical left is doing this is that if they can keep the country preoccupied over how miserable the dominant culture really is...?

Why, they don't have to address these other issues in which they demonstrably fail. That's really it, in a nutshell, and it is the most cynical, the most divisive strategy I've ever seen in my lifetime. And the media and corporate America and the nonprofits and K through 12 and higher ed are all in on the scam.